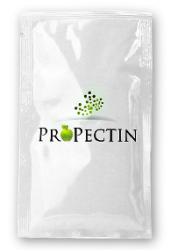 I am speaking today as a result of the hindered life of a dear friend who is suffering from em radiation cancer.

I want you to know that I like millions of other people did not realize the devastating affect that this toxic radiation can have on the human body.

I have a dear friend, (whom out of respect will remain anonymous), that  resides in the country of Australia. He is a great man with an incredible big heart and hard working ethic skills. He and I have collaborated on numerous online internet projects since 2010.

I have always known him to be very knowledgeable of many topics. He has a very diligent spirit when he discovers something that really peaks his interest. So when he began to express his awareness of radiation exposure and its impact on human lives , I only suspected that he was only satisfying his appetite for a new area of interest.

That all changed approximately 5 months ago…

He began to notice a small area of irritation on his left arm. An itch, a redness, a dryness of skin. It was minor but yet of concern  due to the fact that it wasn’t healing or going away despite his attempts with various topical application creams or ointments.

Then there was a moment of silence…..

There were no communications with my friend for in excess of 2-3 weeks and I was growing increasingly concerned. He and I collaborated regularly in our ongoing business endeavors. I tried through several attempts to connect with him with little success.

Then one day we connected……

I was excited to speak with him but I could sense the despair in his voice.

When I inquired as to the state of his condition, he advised that he had been diagnosed with cancer.

I was immediately stunned and heart broken, but the next thing he shared with me floored me……Evidence of the cancer. 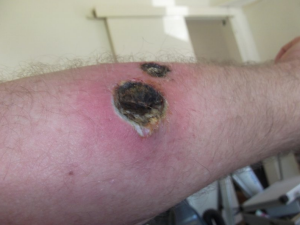 Not only had the area on his arm worsened badly but he now had similar areas on the opposite arm and both legs.

I sought the counsel of one of my business colleagues whom through scientific research had introduced a natural product derived from apples called “PROPECTIN“.
You see my friend was TOTALLY against chemo treatments nor could he afford the medical expenses for the assistance he needed and so well deserved.

I researched the information that was shared with me . I made an appeal to the owner of the company that was  distributing this product with hopes that I could gain access to this product for my friends aide.

I only hoped for a medical solution to save his life….By the Grace of God

The owner of the company consented and made arrangements for the product to be shipped out immediately.

I spoke with my friend after a brief hospital stay. He was delighted to confirm that the product had arrived.

My friend resides in Australia. I cannot say precisely what exposure caused his illness, but it is speculated that it  was result of  em radiation exposure. There have been (3) major cities that have suffered disasters which resulted in radiation exposure to its communities.

Chernobyl of the Ukraine / Fukushima Daiichi/ Japan  Many lives were affected and scientist worked diligently to save lives as a result of the radiation exposure.

(Excerpts from The Discovery Channel/Science and Society)

Ever since humans first appeared, we’ve been bombarded by radiation from outer space and exposed to radioactive materials in the Earth itself. Scientists estimate that about 80 percent of the radiation we’re exposed to comes from natural sources. While those are by far the most common sources of radiation, they are not the ones that worry most people. We’re concerned about the impact of medical scans, X-rays and radiation therapy. These procedures account for about 15 percent of our exposure to radiation [source: HPS]. The remainder comes from lesser sources such as glow-in-the-dark watch faces, microwave ovens, cell phones and even antique glass.

Some of our fears about exposure to radiation are justified. Others can be dismissed.

RADIATION IS INVISIBLE, SILENT AND DEADLY
Radiation. You can’t see it, you can’t smell it, you can’t taste it, you can’t hear it and you can’t feel it. Radiation passes through your body undetected but sometimes it leaves small particles of itself behind. It builds up in your tissues over time and can lead to radiation poisoning and radiation sickness. Both of these conditions can lead to early death.

Many radioactive elements appear to have the same composition as the natural and vital minerals that our bodies need.

Plutonium is the most toxic substance man has ever produced,  and it does not exist in nature. The body treats it as iron, due to the chemical similarity. It gets distributed by the blood system to feed growing cells. It can cause a variety of cancers and blood disorders.

Cesium-137 is mistaken by the body as potassium, which is needed by every living cell. It then concentrates in the muscles. It is responsible for most of the radiation exposure received by the people in the three countries.

Strontium-90 – The body is fooled into accepting this element as calcium. It gets distributed throughout the bone structure and can cause leukaemia and a number of cancers, along with numerous other health problems.

How can you be proactive?

Radiation leaked from the nuclear meltdown caused by the March 2011 earthquake and tsunami in Japan is now contaminating many areas in Japan. Cesium-137 is one of the longest-lasting and deadliest of radioactive isotopes: Cesium-137 (Cs-137).

You can help your body decrease its level of Cs-137, and possibly avoid illnesses associated with radiation contamination, with ProPectin™–a pure, pharmaceutical grade apple pectin product that dissolves immediately in water.

Propectin was the same product that was shipped to my friend. It is an exclusive product with very limited access.

In conclusion, if you know someone in the United States or abroad that is suffering in illness due to radiation exposure…Share this information……Help Save Lives