What is the fastest car in the world?

It is the Undisputed ….Bugatti Veyron 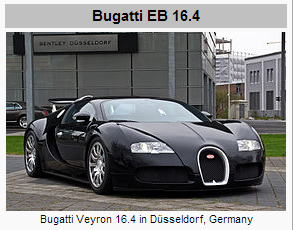 The Bugatti Veyron EB 16.4 is a mid-engined sports car, designed and developed by the Volkswagen Group and manufactured in Molsheim, France by Bugatti Automobiles S.A.S.

On 6 April 2013, Bugatti set the record for having the highest top speed of any roadster in the world with the Veyron Grand Sport Vitesse, reaching on average a top speed of 408.84 km/h (254.04 mph).

The Veyron’s chief designer was Hartmut Warkuss, and the exterior was designed by Jozef Kabaň of Volkswagen, with much of the engineering work being conducted under the guidance of engineering chief Wolfgang Schreiber.

So you are probably wondering and some of you car lovers may question that judgement call. I figured that might happen.

I brought some proof of supported evidence

Now that was impressive…But Impressive is not enough for the stature of this automobile.

So where could this vehicle be tested to showcase it’s peak performance?

I am glad you asked….See for yourself!